Previous Next
The Buffalo Kloof Elephant 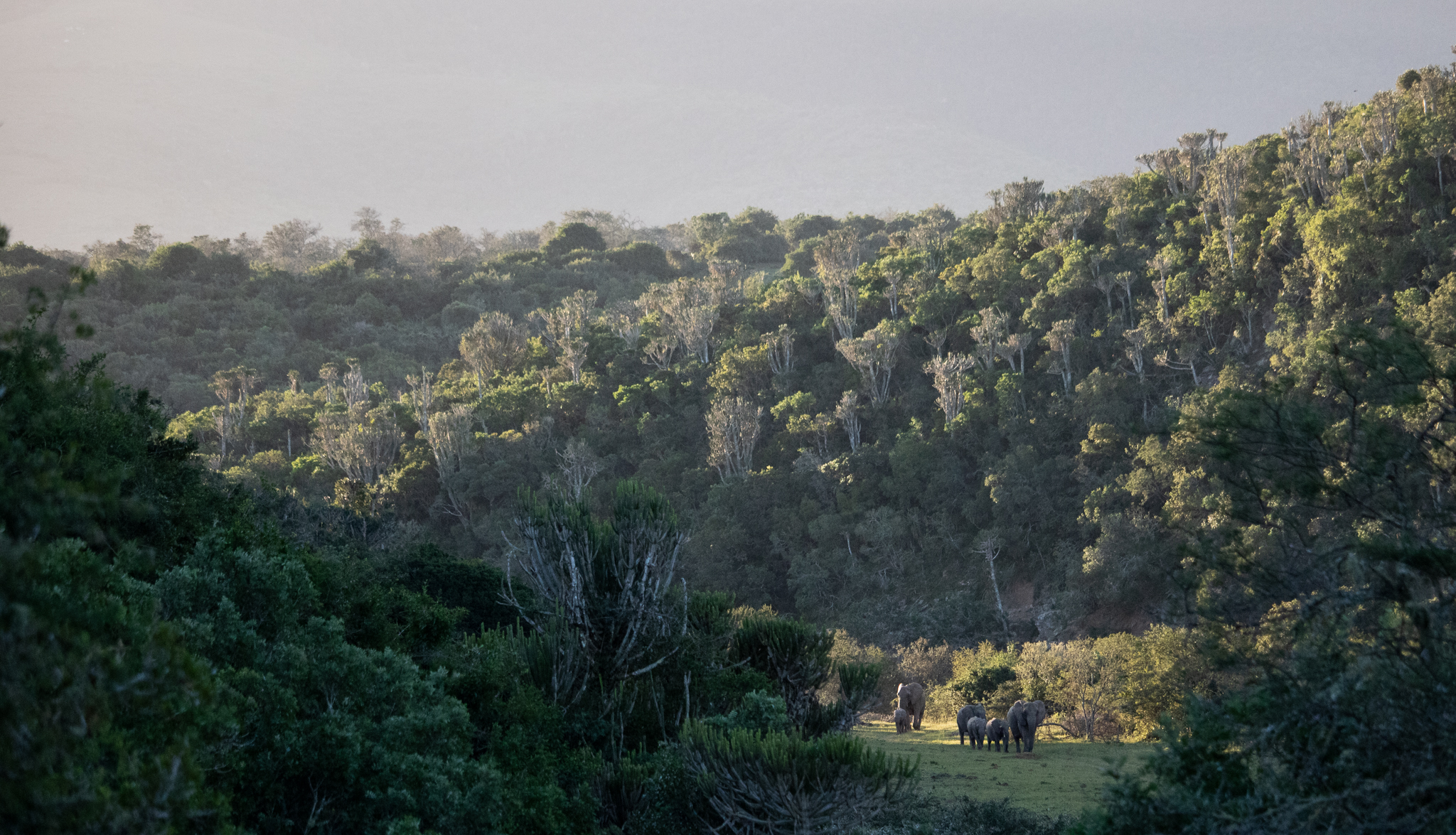 Over 300 years ago there were elephant roaming freely in Kowie River valley and surrounding tributaries. Early accounts of travellers and explorers in the region reported high numbers of elephant in the area. The high nutrient status of the vegetation and proximity of many perennial rivers suggest that these large herbivores were permanent residents here all those years ago. This supports the fact that herbivores have played an important role in shaping the vegetation and ecosystem properties of the Kowie.

The thicket at Buffalo Kloof is extremely dense and thick and for many years Buffalo Kloof contemplated the introduction of elephant. Now that they are here, we wish that they arrived sooner. They have opened up the bush tremendously and have allowed for the other smaller herbivores to move through once impenetrable bush. The sun being able to filter through new gaps in the canopy has also allowed for the growth of grasses under the canopy, providing extra grazing and inviting different species to enter the area. 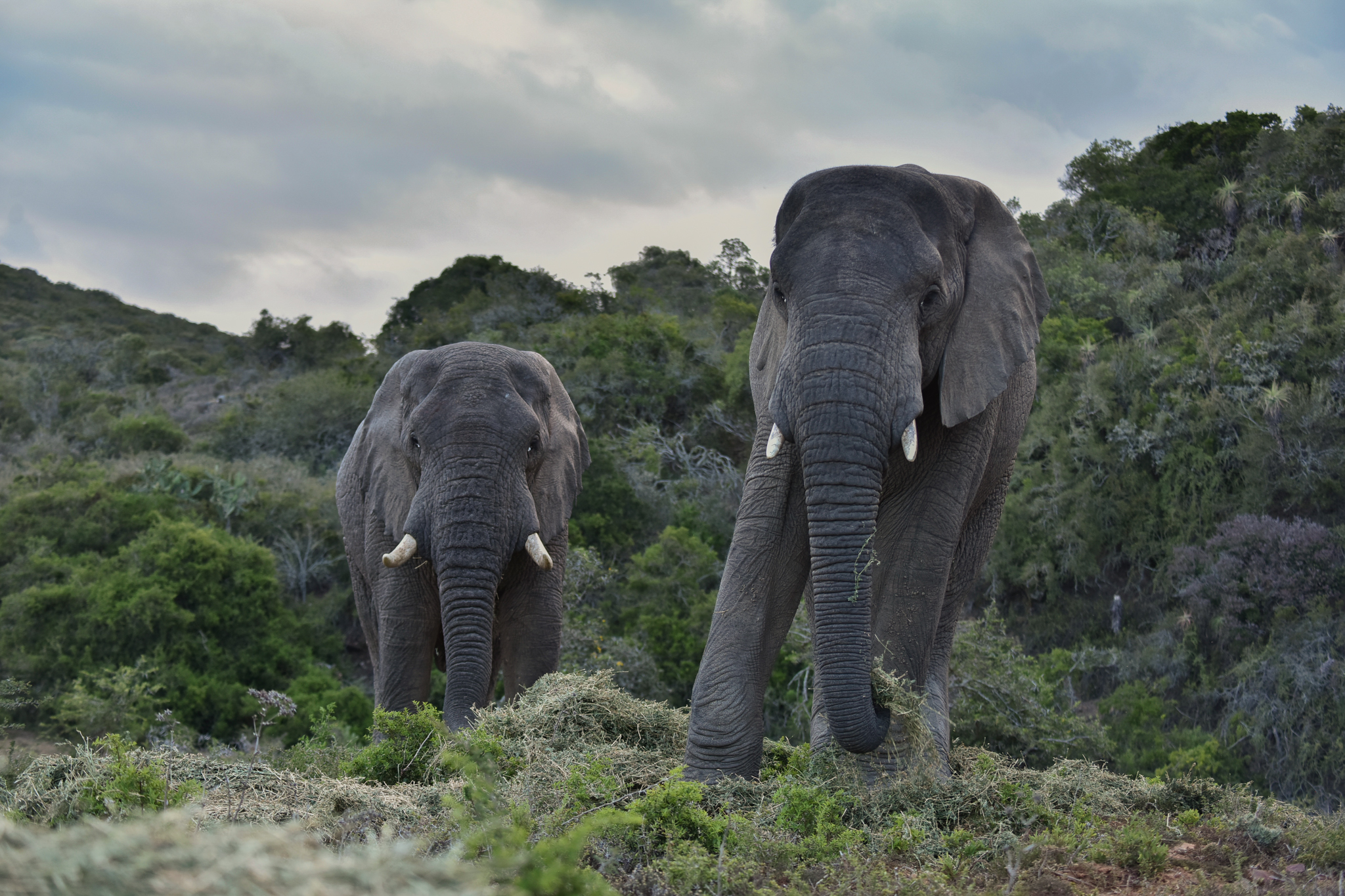 Shamwari Private Game Reserve needed to reduce their numbers and being used to game viewing vehicles this was the perfect start for Buffalo Kloof. A family group was purchased from the reserve and these were the first elephant to arrive at Buffalo Kloof (April 2017).

Due to a shortage of food caused by the drought, the population needed to be controlled and these elephant were moved to Buffalo Kloof. The Matriarch of the Atherstone herd when moved weighed an astonishing 3.7 tonnes. One of the biggest elephant cows Conservation Solutions has ever moved.

On the brink of starvation due to the mismanagement of the reserve, Buffalo Kloof together with the Chris Holcroft (Wild 911) and The Aspinhall Foundation successfully rescued this family of elephant. Some of these elephants had never seen a natural river. When the herd was first spotted swimming and playing in the river, it was an incredible sight.

These very special herds from three different places have since met up on the reserve. They still keep to their separate family groups but get together for mud baths on hot days, to enjoy a newly discovered valley and sometimes so the young can play together. It is spectacular to see the positive change brought about by these magnificent beasts. Gentle and tranquil to watch while still getting a sense of their immense power. Buffalo Kloof are proud to have reintroduced elephants to this magnificent valley, to give back to nature and see a vital part of the ecosystems restored. This is only the beginning…